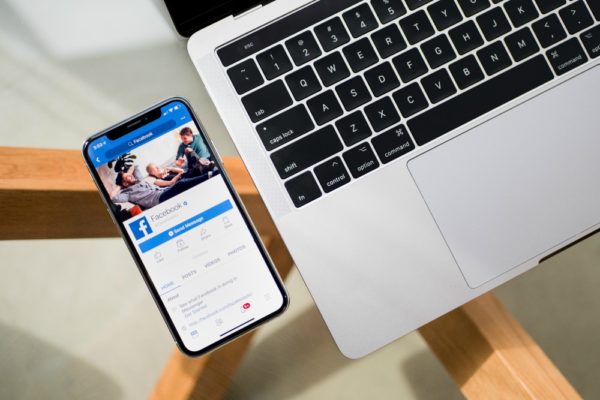 For years retailers have focused a lot of their marketing activity on Facebook in two major ways: to grow their audience organically through rich, shareable content and through advertising. Both options have been very successful ventures for most brands and in this article we will review the top 15 on retailers on Facebook and the types of posts they use which helped them get to the top.

Our list will consist of online retailers who have amassed huge followings on Facebook due to their persistence and creativity. Most brands tend to tell a story on social media which helps them connect with their consumers. The brand story is well-linked to their brand personality which sets the tone for all communications.

Whether a brand choosing to advertise using LinkedIn, post a blog on their site or share a new press release, their brand identity has to be consistent throughout. This is what makes brands stand out and increase customer loyalty. With that being said, if you have a brand and wish to grow on Facebook you have to make sure that your brand personality reflects those of your consumers.

Founded in 2011 by Jessica Alba, The Honest Company is on a mission to help people live healthy and happy lives. They use a clever mix of well edited videos and short quotes to capture the attention of fans and increase engagement on their Facebook page. The tone and language used is consistent throughout and sounds appealing to mothers. 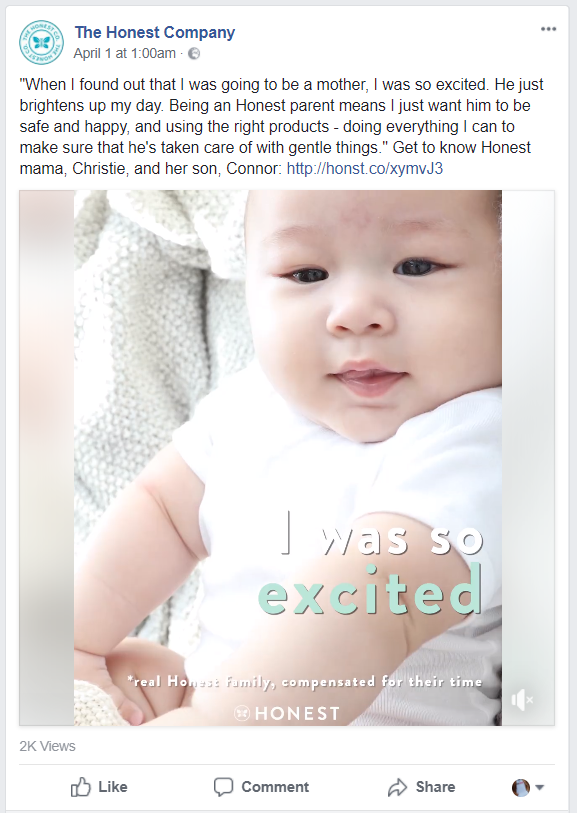 Etsy has grown from a little-known crafts marketplace to an eCommerce powerhouse. They have leveraged their community to draw interest and grow brand awareness on Facebook by taking the simple, yet elegant products from their users and showcasing them in everyday settings on their Facebook page consistently. 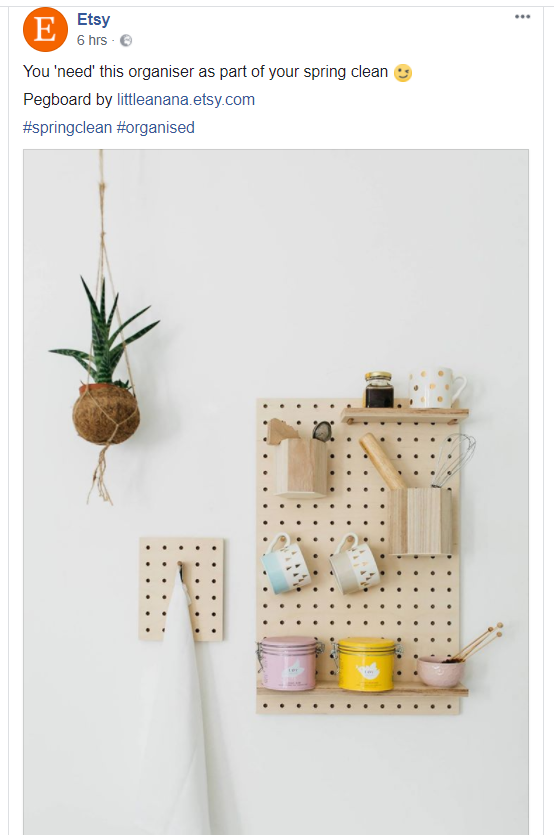 We all remember the Dollar Shave Club’s debut advert on YouTube. It went viral and shot them into the spotlight. Taking a huge chunk of the shaver market and growing strong ever since, expanding to multiple countries around the world. Some of that success comes from they way they use humor and comedy in their ads and Facebook posts. 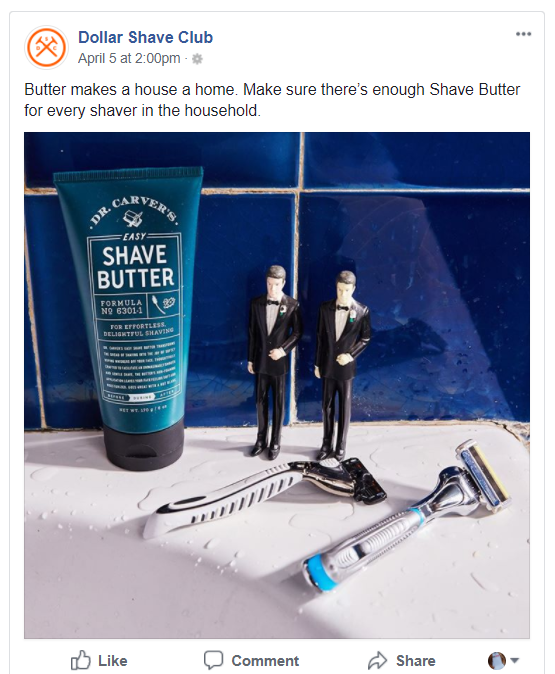 Asos has been winning on both social media and in search engines with their amazing SEO strategy. They use their Facebook page to highlight promotions and post humorous memes and videos that receive high engagement from their supporters. 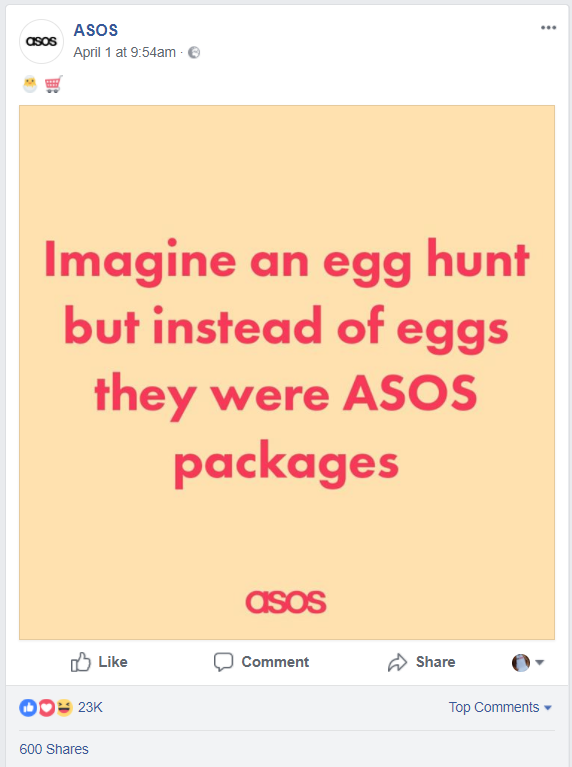 eBay has grown from an auction only site selling random household items to a formidable eCommerce giant. They use their Facebook page to highlight how colorful life could be when you shop with them. eBay have grown massively by appealing to the  creative side of people and encouraging us to try new things. 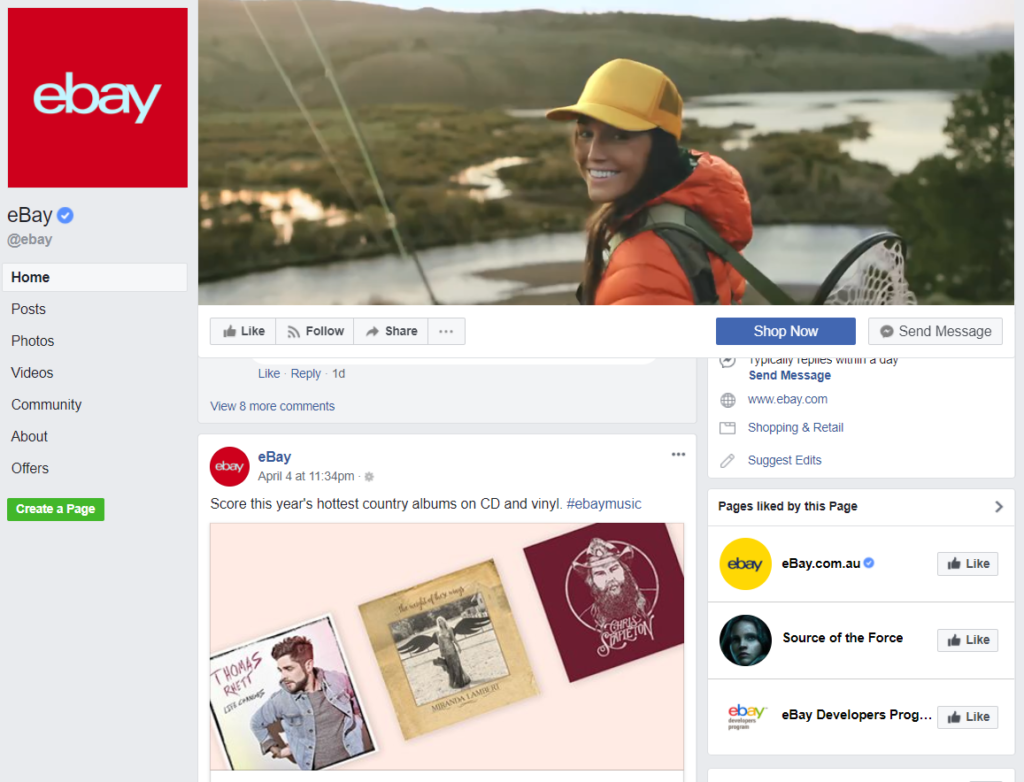 Tommy is perhaps one of the older brands on this list but they are still very current with their use of high class imagery and quality videos to express and display happiness, induce the party mood and make you feel left if you don’t wear Tommy Jeans. They use their Facebook feed to show bright colors and celebrities wearing their clothing – classic influencer marketing 101. 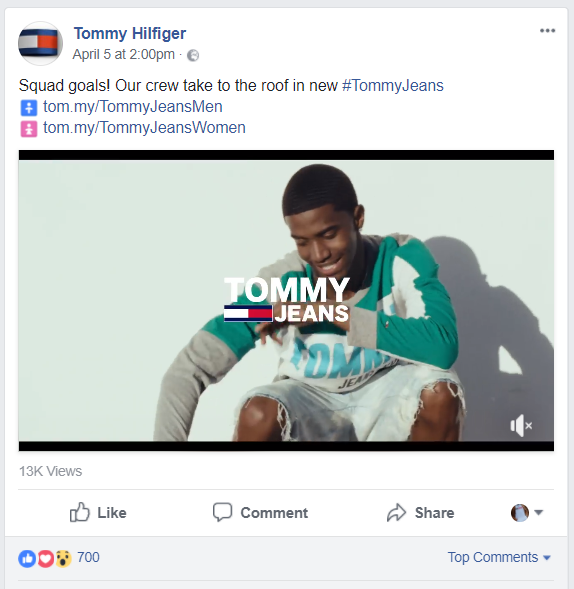 Ali Express has become known as the hub for finding great products at a reduced price. They are loved by new entrepreneurs and shoppers looking for a bargain which is evident on their Facebook page. Ali Express have grown on Facebook by displaying high fashion and technology imagery which are some of their most popular products. 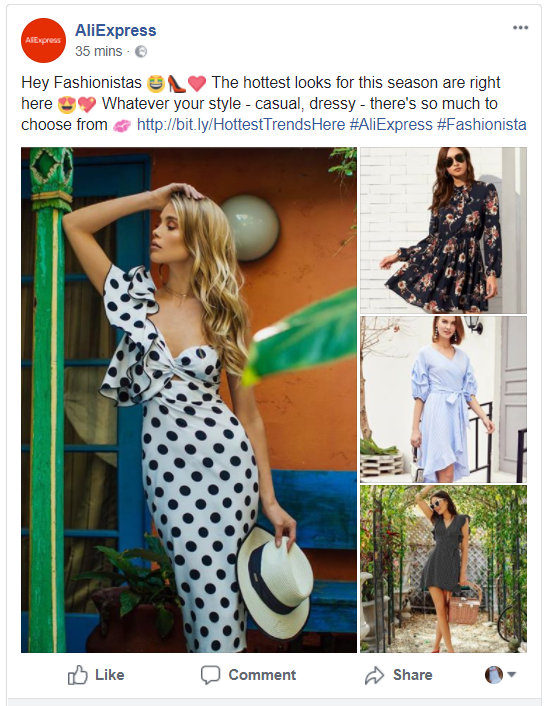 Vans are very active on Facebook. They use high energy imagery to appeal to youth and kids and use their skateboard appeal to encourage people to be more adventurous. 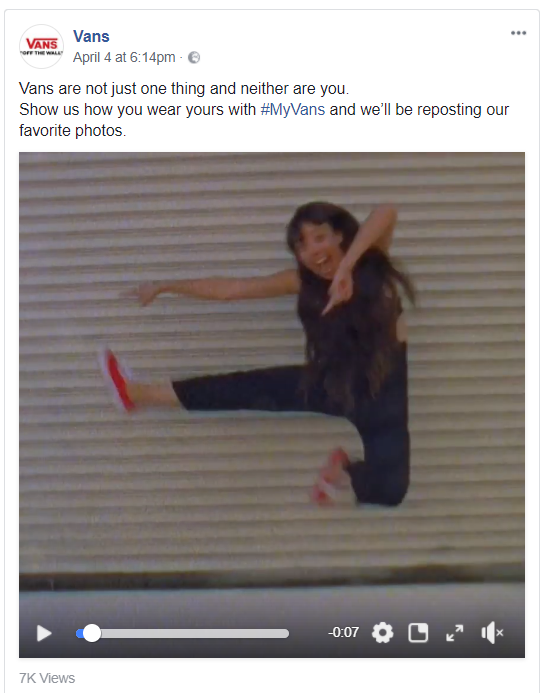 The popular french luxury apparel maker founded in 1854 has been embracing modern youth culture as of late, evidenced when they recently collaborated with Supreme New York to create a number of exclusive and limited edition products. They use Facebook to portray their elegance and engage with fans. 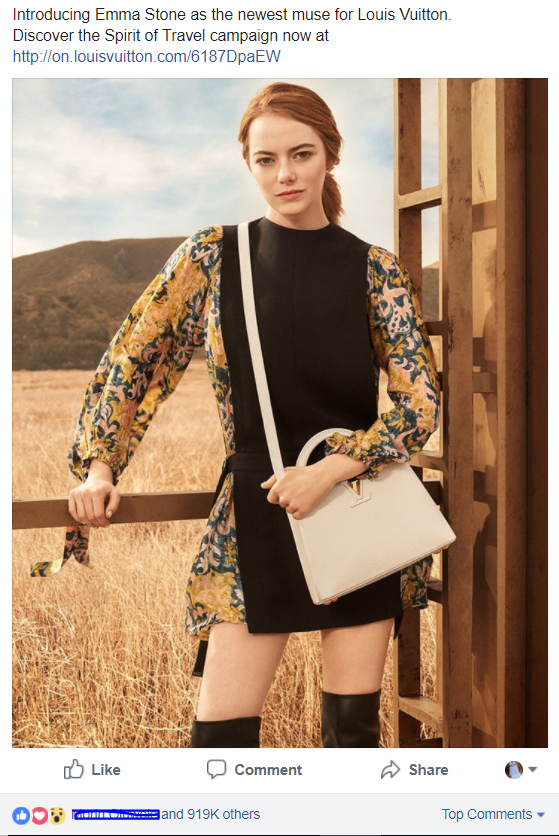 The UK page of Ikea has grown massively over the years. They use Facebook to tell stories, highlight their ambitions and make announcements. They also show their interest in VR and AR and encourage fans to support many initiatives. 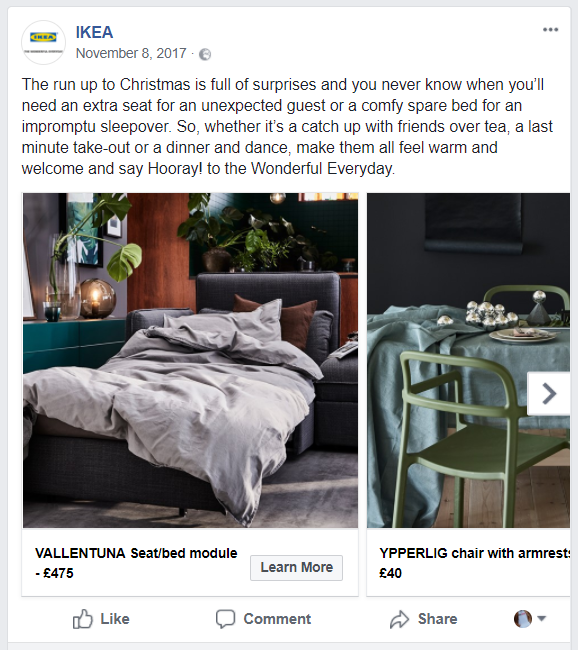 Amazon.com, the world’s largest online retailer has used Facebook effectively in recruiting people onto the prime membership program. With their clever use of humorous videos and appealing to families, they have amassed a large following of fans who truly love their products. 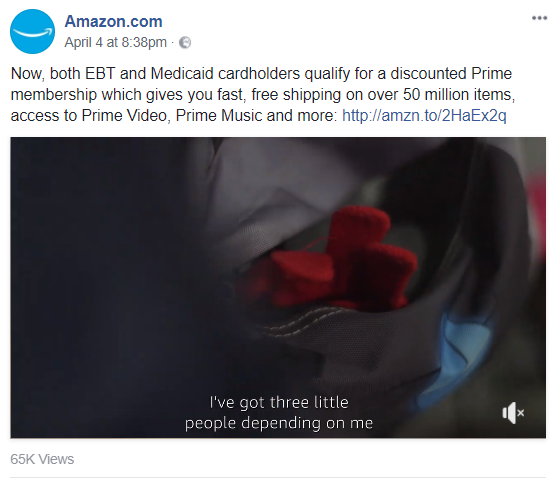 Victoria’s Secret has grown on Facebook because they know their audience well and create content specifically for them. By addressing themes such as holidays or pampering, they engage with their Facebook audience effectively to increase sales on their online store. 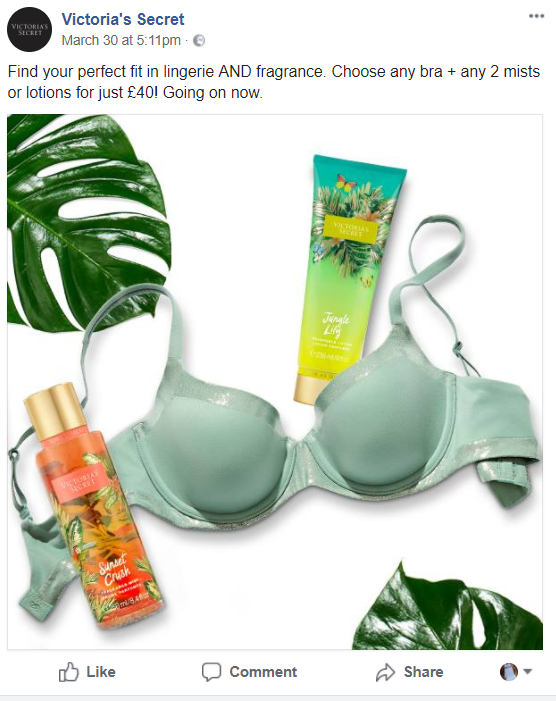 Nike uses high quality imagery, sporty videos and influencers to supercharge their Facebook marketing strategy. By engaging directly with fans they are growing their brand and increasing online sales. 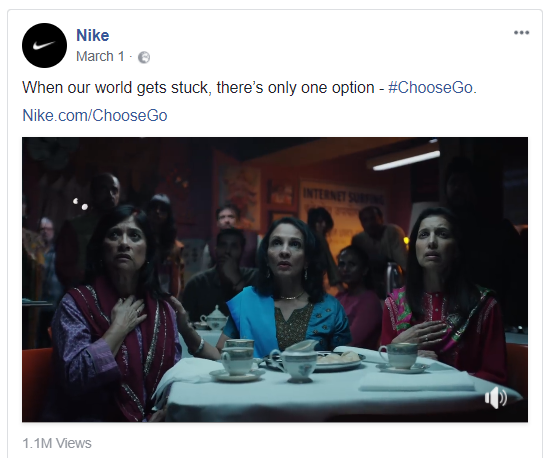 Adidas had a surge recently when they collaborated with a number of celebrities including Kanye West in recent years. They have embraced youth culture and take advantage of the demand for Rap and Grime music today. They also encourage their fans to get active and ‘create their own destiny’.

Perhaps the biggest shock on this list is Walmart. It has been around for much longer than most of the other retailers on this list however due to their investment and focus on great customer service, fans love them. Walmart uses Facebook to highlight ongoing promotions and share motivational posts. 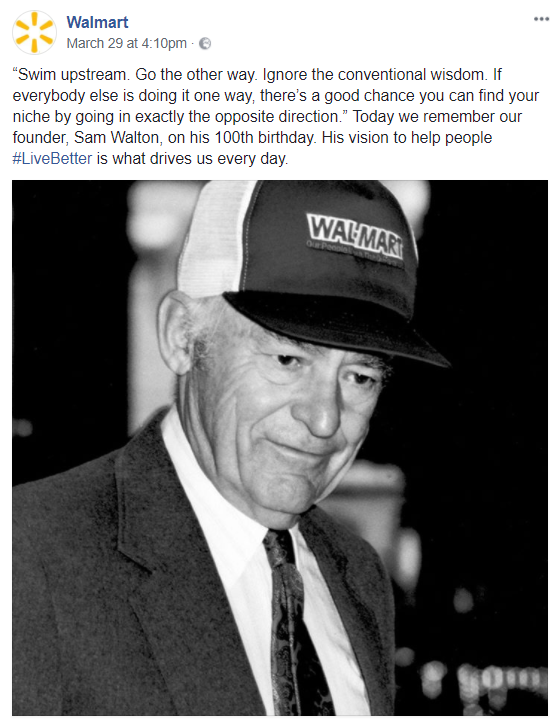