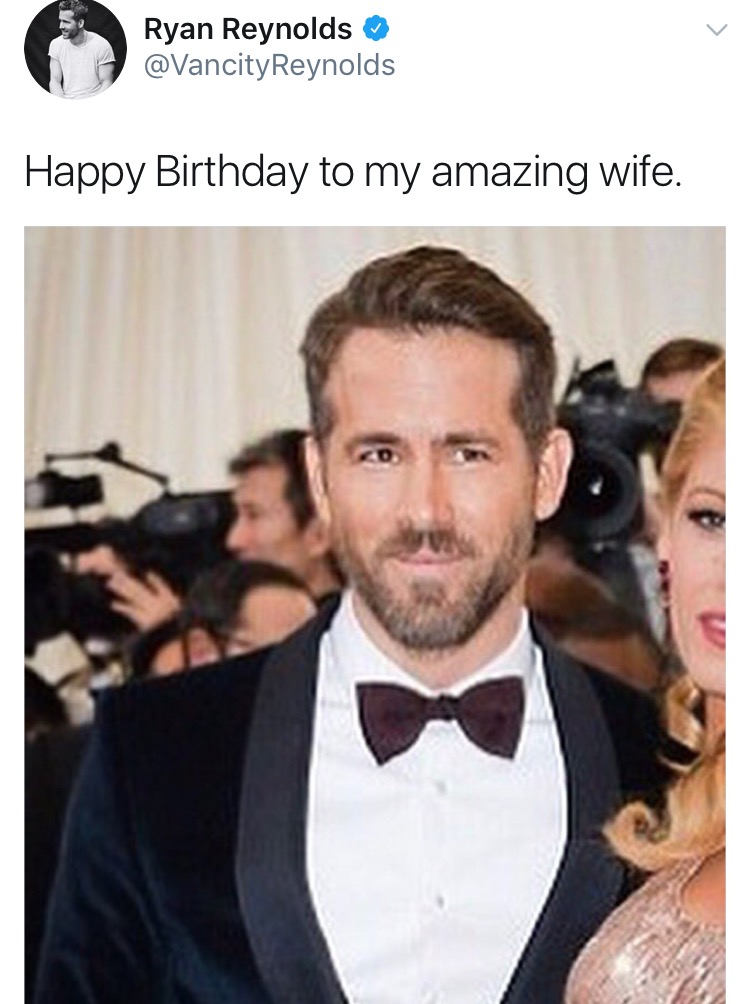 3 Celeb Couples Who Troll Each Other On Social Media

Here are 3 celeb couples who love to troll each other on social media.

In April this year Blake Lively tweeted “Congratulations to the most influential person in my life. The best man I know… you deserve this @time 100 honor … If only my husband wasn’t blocking you in this shot. I’m so sorry @johnlegend”

Reynolds is also known for trolling his wife on social media, tweeting on her birthday last year, “Just want to wish Billy Ray Cyrus the most special, magical birthday ever. I love you with all my heart. Also, Happy Birthday to my wife.”

He returned this year with a hilarious cropped photo and caption:

In October 2016, Justin Timberlake posted a selfie while in a voting booth in Tennessee, which is illegal in that state but while he did not get into any trouble for it, his wife Jessica Biel was quick to poke fun at him online writing “When you’re so turnt up about voting that you do a photo shoot with your sticker and think it’s cool but then second guess it, but you’ve already posted, but at least you waited to get home before snapping so you won’t almost go to jail, shout out to @justintimberlake.”

We all know that John Legend looks like the children’s book character Arthur.

John when you tell him he looks like Arthur pic.twitter.com/0NW3NDtAb1

Now, let’s wait and see what John replies with!