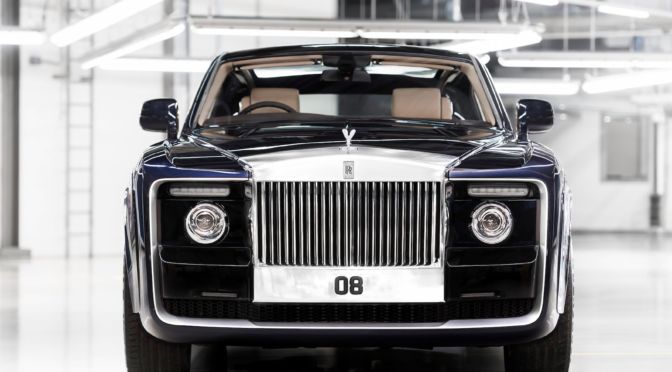 The Most Expensive New Car Ever Built: The Rolls-Royce Sweptail

Rolls-Royce has just unveiled a custom-built vehicle for a single customer who specifically requested it.

Here is the ‘Sweptail’, priced at approximately $13 million, it is reported to be the most expensive car ever commissioned.

Giles Taylor, director of design at Rolls calls it the “the automotive equivalent of haute couture”.

It took four years to build and features a single glass roof that runs across the entire length of the car into the rear.

Without official technical specs, people familiar with the Sweptail design suggest that it is based on the current Phantom which is powered by a 6.75-litre V-12.

Get the official Phantom model here:

Tell us in the comments who you think this customer could be…look at that custom plate!