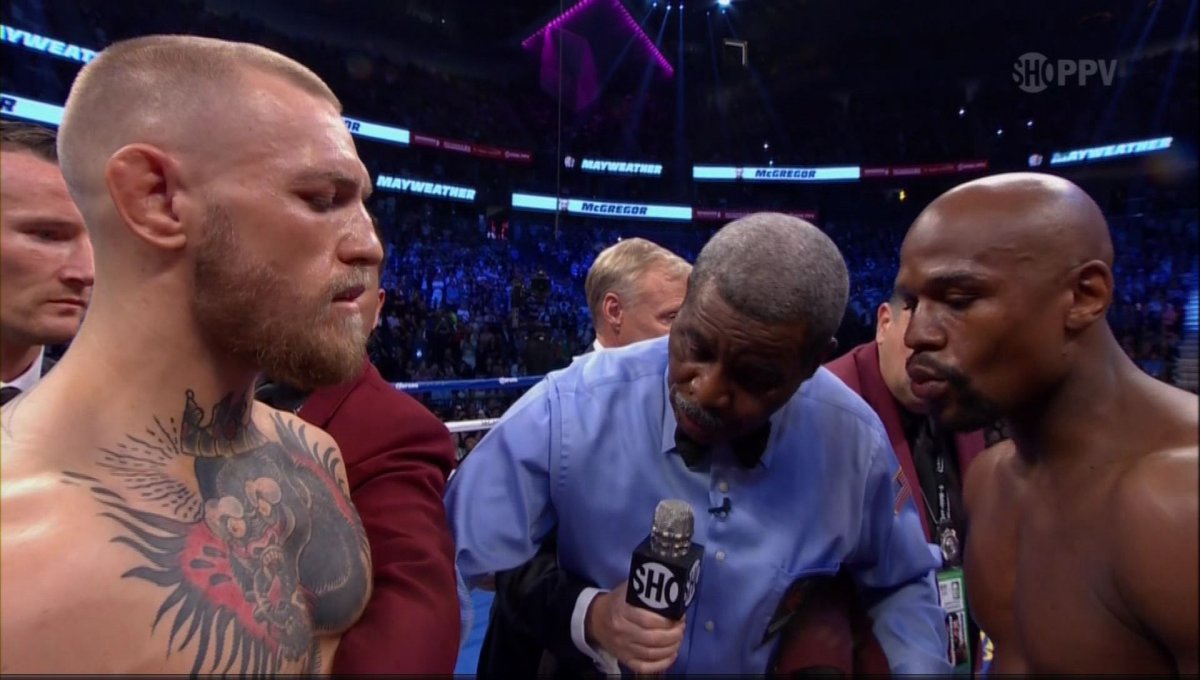 Where Does Floyd Mayweather Get His Boxing Style From?

Floyd “Money” Mayweather has broken news headlines several times not only for his boxing prowess, but also for his lavish lifestyle and careless spending. In his illustrious 21 year career that dates back to 1996, the American pro-boxer has held over 13 world titles in five weight classes, held the lineal championship in four different weight classes and has still managed to retire undefeated at 50 – 0.

How does #Mayweather manage to pull off his wins so easily? Simple, it's his unique technique. Click To Tweet

Mayweather’s technique is quite similar to techniques used by legends such as Rocky Marciano and El Chacal. In this article we shall break down his style into three parts, the stance, the offensive and the defensive strategies to find out what really makes Floyd Mayweather “The Best Ever”.

Floyd Mayweather adopts an orthodox stance for his fights. This technique usually involves placing the left foot farther in front of the right, thus putting your opponent closer to you on your weaker side. The advantage of this stance is that the face is always protected from hits while leaving plenty of swinging space for the dominant right hand.

The stance has been adapted by most right handed boxers including Muhammad Ali, Mike Tyson and Rocky Marciano to great effect.

Mayweather mainly relies on a counter-punching strategy to land sneaky, clean punches on his opponent.

The orthodox stance he uses enables him to evade the opponent’s punches with a quick shoulder roll, pivot himself for a swift right hand punch and return to his defensive stance in one swift movement. Mayweather compensates for the lack of power in his punches with swift and accurate blows that leave his opponents staggering to the turnbuckle.

He also frequently uses body jabs to shake opponents off their defensive stances and follows it up with a check-hook to the chin. Most of his opponents barely make it through the last rounds.

Many people know Floyd Mayweather as a defensive fighter and though this certainly doesn’t get the crowds up on their feet, it has secured an undefeated streak for the pro-boxer. He greatly relies on his orthodox stance to position himself for the perfect defensive play.

In his stance, he positions himself at a distance almost sideways to his opponent, keeps a low left arm to shield his body and tucks his chin under his left shoulder to protect his face. He couples this with his signature shoulder-roll enabling him to dodge incoming punches.

Mayweather is also recognized for his sharp boxing acuity, allowing him to anticipate an opponent’s punch ten miles away. This is likened to defensive boxing legend Pernell “Sweet Pea” Whitaker’s knack for predicting punches and evading them instinctively. A combination of his sharpness, stance, shoulder-roll and quick feet allow him to evade even the most timely blows and unload a hail of punches on the unprotected opponent, something you would also see in two-time medallist Guillermo “El Chacal” Rigondeaux.

From the above, we can infer that Mayweather uses a tactical defensive counter-punching strategy to dominate the boxing ring. He essentially baits his opponent into driving a punch, anticipates and dodges the punch with his shoulder-roll technique, and delivers a clean and lethal response to finish the job.
It seems that Floyd Mayweather may have borrowed a leaf from Rocky, Whitaker and Rigondeaux but added his patent shoulder-roll twist to become the boxing power house he is today and maybe even the world’s greatest boxer of all time. Enjoy his greatest hits below.